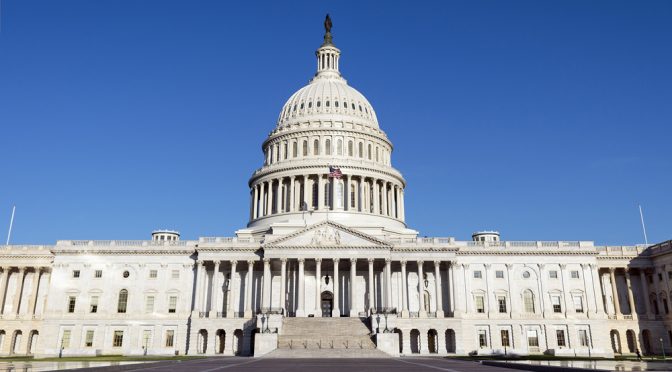 In the early morning hours of Saturday, December 2nd, the U.S. Senate passed its version of the Tax Cuts and Jobs Act by a vote of 51-49.   It was passed with no Democratic support and one opposing Republican vote.

While the bill still differs from the House bill on several key issues, amendments to the Senate bill were made that GOP lawmakers are hoping will make the reconciliation of the two bills easier.

Both bills now retain the property tax deduction capped at $10,000.  Also, the repatriation tax proposed by the Senate bill was increased to 14.49% on cash assets and 7.49% on non-cash assets, which is just slightly higher than the 14% and 7% rates in the House bill.   Both bills allow for the tax to be paid in installments over 8 years.

Conversely, some amendments have now created differences between the two bills that will need to be resolved in conference committee, including the fate of the alternative minimum tax (“AMT”).  The House bill repeals it for both individuals and for corporations, but the revised Senate bill retains the corporate AMT and retains the individual AMT with higher exemption amounts.

So, what happens now?  The bills go to conference where Congress will appoint a temporary committee to resolve the differences between the two versions of the bill. Issues to be reconciled between the two bills include:

• How many tax brackets for individuals: (House: four, Senate: seven)

• Are the individual tax cuts permanent: (House: Yes, Senate: they sunset after 2025)

• Whether to repeal the individual mandate: (House: does not, Senate: does)

• At what home value should the mortgage interest deduction be capped: (House: 500K, Senate: 1M)

Senate Bill:  Retains, and for tax years 2017 and 2018, allows it to be taken if eligible expenses exceed 5% of AGI rather than 10% under current law.

House Bill:  Under current law, graduate students who work as research or teaching assistants are exempt from income tax on tuition waivers they receive in exchange for that work. The house bill eliminates the tuition waiver.

House Bill:  Parents may set up 529 plans for unborn children. Additionally, up to $10,000 per year of plan funds could be used for private elementary and secondary school expenses.

Senate Bill:  Under the Senate bill, 529 savings plans could be used for public, private and religious elementary and secondary schools, as well as home schooled students.

House Bill:  Allows all passive income to be taxed at 25 percent, and, except for certain service businesses, allows businesses organized as pass-through entities to elect to have 30 percent of its income taxed at 25 percent as income from capital. Alternatively, pass-through entities and service entities with significant capital investments can elect to calculate the percentage of income earned on capital investments, and that percentage of their income would be subject to the 25 percent rate.

Senate Bill: Rather than adopting a lower tax rate on pass-through income, the Senate bill allows pass-through entities to deduct 23 percent of their pass-through income in determining taxable income. This deduction is limited to 50 percent of the wages paid to the owner by the business. Pass-through entities are still subject to ordinary income tax rates. The deduction is not available to specified service businesses including law, accounting and other businesses whose income is above $150,000 and whose principal assets are the reputation and skill of employees.

There difference between the two bills on the deductibility of alimony payments was reported in our 2nd release.  Please note the clarification below:

House Bill:  Repeals it (only would apply to divorces finalized after 2017)

Congress is scheduled to adjourn for its Christmas break on Dec. 15, but House Speaker Paul Ryan has said he will keep the House in session beyond that date if necessary to get tax reform passed.

The key factor from the Senate point of view is to pass a bill that meets Senate rules. That means a bill that doesn’t add to the deficit after a decade. Finding a way to include all the tax breaks they want while not busting through spending constraints is the real trick. House Republicans have to keep this in mind when negotiating with their Senate colleagues. The GOP hopes to get tax reform passed by Christmas.