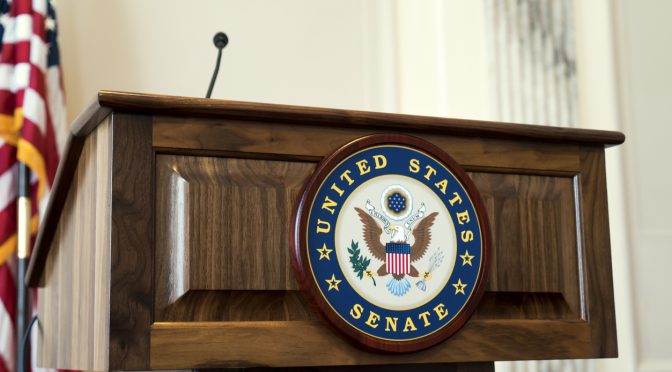 On Thursday, November 16, the US House of Representatives passed the Republican crafted tax reform bill by a 227 – 205 vote.   That same day, the Senate Finance Committee approved its version of the Tax Cuts and Jobs Act, sending the bill to the full Senate for debate and a vote. The Senate is expected to take up the bill after it returns from its Thanksgiving recess.

It must be noted that, despite all of the noise being made in Washington about the differences between the two bills, there are similarities.  Both bills eliminate personal exemptions, double the standard deduction, repeal the AMT and eliminate most of the above-the-line deductions including student loan interest, moving expenses and out of pocket expenses for teachers. Additionally, both bills change the residency requirement needed for excluding gain of the sale of a primary residence from “two of the last five years” to “five of the last eight years”.   It would be fair to assume that if a bill does make it to President Trump’s desk, that these agreed upon changes have a strong likelihood of still being in the bill.

Senate Bill: The Senate bill has seven tax brackets, from 10 percent to 38.5 percent, and no bubble tax bracket.

House Bill: Eliminates the deduction for state and local taxes, but retains a deduction for local property taxes up to $10,000. The bill limits the mortgage interest deduction to the first $500,000 in mortgage value.

House Bill:  Increases the credit to $1,600 and adds a $300 credit for each parent and non-child dependent

Senate Bill:  Increases the credit to $2,000 and adds a $500 credit for non-minor child dependents

House Bill: Consolidates all existing credits and deductions into one credit, The American Opportunity Tax Credit, and extended it to five years

Expiration of changes to Individual taxes:

Senate Bill:  In order to comply with reconciliation rules, the Senate bill would have all individual tax changes expire after 2025.

House Bill: Allows all passive income to be taxed at 25 percent, and, except for certain service businesses, allows businesses organized as pass-through entities to elect to have 30 percent of its income taxed at 25 percent as income from capital. Alternatively, pass-through entities and service entities with significant capital investments can elect to calculate the percentage of income earned on capital investments, and that percentage of their income would be subject to the 25 percent rate.

Senate Bill: Rather than adopting a lower tax rate on pass-through income, the Senate bill allows pass-through entities to deduct 17.4 percent of their pass-through income in determining taxable income. This deduction is limited to 50 percent of the wages paid to the owner by the business. Pass-through entities are still subject to ordinary income tax rates. The deduction is not available to specified service businesses including law, accounting and other businesses whose income is above $150,000 and whose principal assets are the reputation and skill of employees.

House Bill: Allows immediate expensing of qualified property, generally property not related to real estate business and that is depreciable over 20 years or less. The bill increases the limits under section 179, which allows small businesses to expense certain property (generally not subject to the immediate expensing rule above), from $500,000 to $5 million, and phases out the benefit where companies purchase more than $20 million of qualifying property.

House Bill: Carrybacks of net operating losses incurred in 2018 and beyond would not be permitted. Also, the carryforward of any 2018 or later NOL would only be allowed to be used against 90% of a corporation’s taxable income.

Senate Bill:  Starting in 2023, NOL deduction carryforwards would be limited to 80% of taxable income.

Senate Bill: For 2018 and 2019 only, would allow eligible employers a general business credit of 12.5% of the wages paid for family and medical leave (with certain adjustments)

House Bill: Allows corporations and partnerships with a corporate partner to use the cash method of accounting if their average gross receipts have not exceeded $25 million in prior years.

Senate Bill: Limits the use of cash accounting to businesses whose average gross receipts have not exceeded $15 million in prior years.

Congress is moving quickly to advance tax reform legislation, although it is unclear when or if an agreed bill will be passed by both houses of Congress.  There are many steps that need to happen between now and when any version of tax reform becomes law. Taxpayers should continue to monitor the progress in both the House and the Senate to ensure they understand how the proposed rules would impact their position.