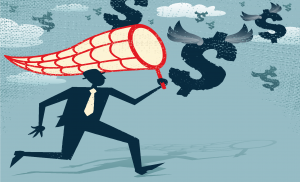 As a result of the government shutdown, at mid-night on February 8, 2018, Congress passed, and the President signed, the Bipartisan Budget Act of 2018, on February 9th.  Congress included several tax extenders as part of the Budget Deal, which had previously expired at the end of 2016.  The Bipartisan Budget Act of 2018 consists of 640 pages and within those pages appear many tax provisions which were made retroactive to January 1, 2017 and are effective for the year 2017 only.

These expired tax provisions were originally included in either the House or Senate version of the new 2017 Tax Reform and Jobs Act.  However, they were excluded from the final Bill that was signed into law by the President on December 22, 2017.  Some of the tax extenders include:

The Act also modified the rules related to distributions from 401(k) plans, for reason of hardship situations.  These rules eliminate the rule which prohibits an employee from making future qualified contributions to their 401(k) plan, for a period of six months, following the hardship distribution.  This new rule does not take effect until plan years beginning after December 31, 2018.

Please contact us to review your specific tax situation and additional changes, not be listed here, that may impact you.

Read other Tax Articles from BKC.