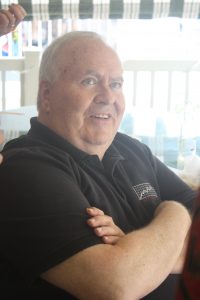 After spending his childhood in Alloway, NJ, he graduated from Malvern Preparatory School in 1966 and received his Bachelors and Masters degrees from the University of Dayton. Michael met his wife Daneen Georgy of Cleveland, OH at Dayton and they married in 1970. They settled in Wilmington, DE where they raised their three sons Erik, Brandon, and Adam.

Michael served as the President of Warner & Company, CPAs in Woodstown, NJ for over 40 years. He was a Member of the New Jersey, Delaware and Florida Societies of Certified Public Accountants as well as a tax and financial consultant for thousands of clients throughout southern New Jersey. Michael and his brother Stephen grew their accounting firm from a single proprietorship created by their father to one of the most reputable accounting firms in southern New Jersey, which turned 62 years old in 2017.

Michael was an active participant in the community. He served on the board of the Salem Community College Foundation. He was past President of the Salem County Chamber of Commerce, former Director of the First National Bank of New Jersey/Salem County, former Chairman of the American Cancer Society – Salem County Unit, former accounting professor at Salem, Cumberland, and Atlantic Community Colleges. He was named Citizen of the Year by Salem County Chamber of Commerce.  In 2014, Michael received the Cumberland-Salem Distinguished Citizens Award by the Garden State Council of the Boy Scouts of America. He also served as past Treasurer for Boy Scout Troop 70 (Wilmington, DE) and President of the Tatnall School Black and Gold Club (Greenville, DE). Michael was the proud father of three Eagle Scout sons and six grandchildren.

He is deeply missed.

A viewing for Michael will be held on Thursday night, April 19, 2018, at the Adams Funeral Home, 64 Broad St., Woodstown, NJ 08098 from 6 until 8 PM. On Friday morning, April 20th, all services will be held at St. Joseph’s on the Brandywine, 10 Old Church Rd., Greenville, DE 19807. The viewing will begin at 9:30 AM with mass following at 10:30 AM. Interment will take place following mass in the church cemetery. In lieu of flowers the family has suggested that donations can be sent to Warner’s Wheelers, 34 East Ave., Woodstown, NJ 08098 to benefit research in finding a cure for MS in Michael’s memory. www.adamsfuneralhome.org